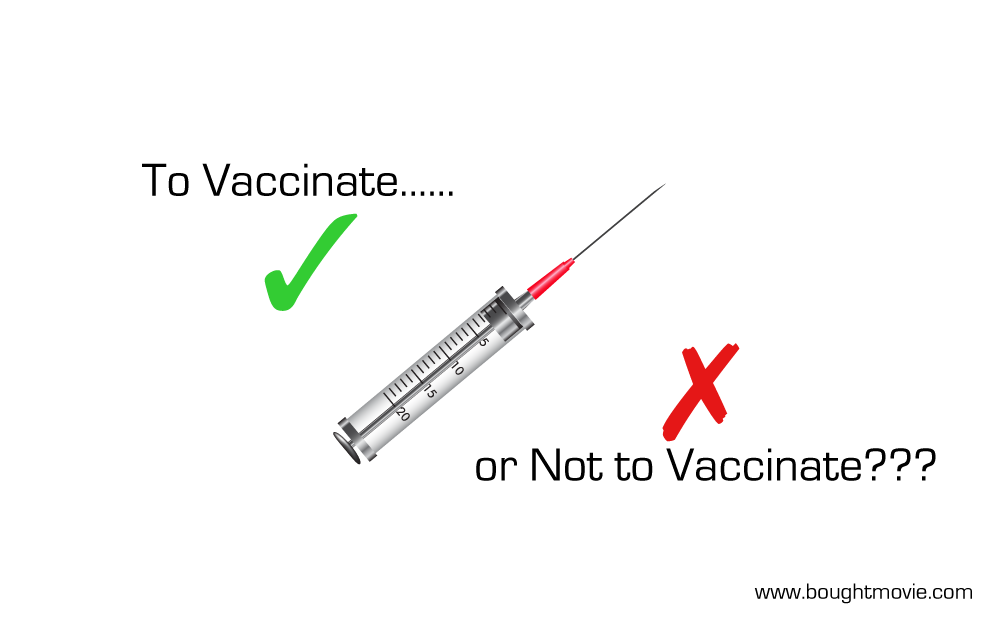 July, August, & September have the highest newborn deliveries then any other months throughout the year with August taking the crown.

As the “Due Date” fast approaches for expecting mothers, some tend to worry how they will handle bringing such an innocent little being into this corrupt world. The answer is simple, 1 day at a time. Most first time parents have all this new information being pushed at them from every corner, doctors, nurses, family, & even friends giving personal experiences about when their little ones were newborns.  These experiences are nice, and new parents shouldn’t act pundit and assume they have something to learn. That being said, people shouldn’t equate their experience to yours either. Every situation is different.

One decision that new parents will have to answer is if they vaccinate or not. You could come into this situation completely on one side, but then once there, you start questioning your decision. I’ve seen this over and over again. Someone might be pro vaccine start questioning what they are doing, but same goes the other way. I say to every single expecting mother or father – Have you done your own research?

The vaccine debate is as ripe as ever in the parenting world. It seems on almost a daily basis, we hear the pros/cons of vaccinating with both pro-vaccine and anti-vaccine movements attempting to tell parents what they should or should not be doing.

I recently stumbled on a interesting article that has 6 key points.

Here’s the article I mentioned, I think it’s absolutely worth the read.

Vaccination is an extremely controversial topic these days. Whatever side of the aisle you may fall with regard to your opinion about vaccination, one thing is for certain. The choice to vaccinate or not to vaccinate is a decision that has the potential to greatly impact the health of you and most importantly, your children for the rest of their lives.

As a result, this decision should not be taken lightly and it should not be made in a vacuum. In other words, don’t just take your pediatrician’s word that shots are safe. It is possible for doctors to be wrong. They are human, after all. In reality, your doctor is simply parroting the standard line about vaccination from the American Medical Association (AMA) playbook. If you think you are getting their honest assessment, think again.

You should neither assume shots are dangerous just because your friend down the street doesn’t vaccinate her kids.

The key here is education; making an informed decision by investigating the facts with an open mind and knowing exactly what you are getting yourself into before you commit to do anything.
With that in mind, the list below will briefly detail to you the reasons why I did not vaccinate my own children and will never consider a shot for them for any reason even in the event of a so called “pandemic.” Please remember that I come from a medical family. My own Father (retired) is a MD as is my brother and my cousin (who was a pediatrician, now deceased). My husband’s mother is a nurse. There is no shortage of opinions on this subject in my family, I can assure you.

So, don’t use family pressure as an excuse to do what you need to do once you investigate the facts for yourself and make an informed decision. There is no more foolish choice than to do something because it is someone else’s wishes and not your own. It is your body, after all and these are your children. There is no one on earth who knows what is best for them except you and your spouse – not even and most especially not your doctor! Make your decisions feeling confident in this knowledge.

#1: Pharmaceutical Companies Can’t Be Trusted
Let’s just list a couple of the (many) times over the past 10 years where a drug or drug regimen has been deemed unsafe and downright dangerous and yet the pharmaceutical companies covered it up FOR YEARS in order to continue raking in the profits for as long as possible. This should be an easy task.

How about hormone replacement therapy for women? The standard of care for a menopausal woman for over 40 years was HRT. Even women with no complaints were advised that this treatment was helpful as it reduced chances for a heart attack and cancer and even helped them feel younger. Were any, I repeat ANY of these claims true? Not a whit. Breast cancer risk is doubled for women on HRT, 41% increased risk for stroke, 29% increased risk of heart attack, and the list goes on and on.
How about Vioxx? Before this dangerous drug that caused thousands of deaths from heart attack and stroke was finally removed from the market, evidence surfaced that Merck had withheld information and even doctored reports on its dangers years before. As of November 2007, Merck had agreed to pay $4.85 billion to settle approximately 27,000 cases from victims claiming injury or death of a family member using Vioxx. While this is a huge sum of money, in reality it represents less than one year’s profits for Merck. Does it pay for a drug company to lie about a drug’s safety and efficacy? You betcha. The risk of payouts to victims from getting sued is lower than the lure of huge and long lasting profits while a drug’s patent protection remains in effect.

I could cite other examples, but I’m trying to keep this post as pithy as possible. Please comment if you have other examples of pharmaceutical company deceit. It will help others reading this blog who might still be on the fence about this issue.
Remember the old proverb, “Fool me once, shame on you; Fool me twice, shame on me”? These corporate behemoths have proven themselves to be completely untrustworthy based on past behavior. In a court of law, if such a company were an actual witness, an attorney would never put them on the stand due to a serious lack of credibility. Are you really going to take these companies at their word that these shots are safe when money and profits are impacted by their answer?
UPDATE January 2015: Merck, the manufacturer of the MMR vaccine is currently embroiled in two lawsuits for falsifying data on the effectiveness of the mumps vaccine. One of these lawsuits was brought by two of its own scientists! Just another example of a the lying and fraud perpetuated by the drug companies with regard to vaccination.

#2: ALL Vaccines are Loaded with Chemicals and other Poisons
Here is a list of some of the damaging ingredients in the vaccines on the market today:
MSG, antifreeze, phenol (used as a disinfectant), formaldehyde (cancer causing and used to embalm), aluminum (associated with alzheimer’s disease and seizures), glycerin (toxic to the kidney, liver, can cause lung damage, gastrointestinal damage and death), lead, cadmium, sulfates, yeast proteins, antibiotics, acetone (used in nail polish remover), neomycin and streptomycin. And the ingredient making the press is thimerosol (more toxic than mercury, a preservative still used in many vaccines, not easily eliminated, can cause severe neurological damage as well as other life threatening autoimmune disease). These vaccines are grown and strained through animal or human tissue, like monkey and dog kidney tissue, chick embryo, calf serum, human diploid cells (the dissected organs of aborted fetuses), pig blood, horse blood and rabbit brain.

Can you imagine injecting this stuff directly into your child’s body? At least if you ate these ingredients, your body would have a chance to detoxify and eliminate them before any permanent damage could be done. But, to inject them deep into the body’s tissues where the toxins are absorbed directly into the blood is the most damaging and lethal approach imaginable. How could anyone possibly think injection of such a cocktail of poison could in any way help preserve and enhance your child’s health?

It sure didn’t make any sense to me. And, here I am 17 years later, still very happy with my decision NOT to vaccinate my children.
Sadly, I know many Moms with 20/20 hindsight who greatly regret their decision to vaccinate. I don’t know ANYONE who has not vaccinated and regrets their decision, however. Which group do you want to be a part of in 10 years?

Take an informal poll of the folks in your circle and see for yourself. Observation is a powerful tool, so put it to use. The kids with the most problems – allergies, asthma, ADHD, autism, coordination and other gross motor issues, etc sure seem to be the ones that are right on track with their vaccination schedule, don’t you think?

Even more powerful, ask Moms with several children, some of whom are vaccinated and some who are not. In my own circle, the Moms I know who have one or two older kids who are fully vaccinated and the younger kids who did not get any shots tell me that, hands down, that the unvaccinated children are healthier and have less problems.

Someday there will be a study that shows that unvaccinated children have many less health problems than their vaccinated peers. Don’t wait until this study is finally done because it will be too late for your child.

#4: Other Countries Are Waking Up to the Dangers of Vaccines
In 1975, Japan raised its minimum vaccination age to 2 years old, The country’s infant mortality subsequently plummeted to such low levels that Japan now enjoys one of the lowest level in the Western world (#3 at last look). In comparison, the United States’ infant mortality rate is #33.

In Australia, the flu vaccine was recently suspended (April 2010) for children under 5 because an alarming number of children were showing up in the emergency rooms with febrile convulsions or other vaccine reactions within hours of getting this shot.
Need I say more?

#5: A Number of Vaccines Have Already Had Problems/Been Removed from the Market
Here is a brief list of some of the vaccines that have caused serious injury in recent years. Please comment with others that you know of if they are not on this list:

If the vaccines above have had serious problems, the others probably do too as vaccine manufacturers follow the same basic formula when coming up with each new shot.

#6 You Can Always Get Vaccinated, But You Can Never Undo a Vaccination
Procrastination is usually considered a character flaw, but in the case of vaccination, delaying the decision for as long as possible plays to your advantage. The longer you wait to vaccinate your child, the better. A child’s immune system continues to develop for years after birth. The blood/brain barrier does not fully develop until adolescence. The longer you wait, the more likely your child’s immune system will be able to handle the onslaught with minimal damage.

If you don’t know what to do, don’t do anything!

Conversely, you can never undo a vaccination. There are holistic therapies that can detox a child from the vaccine’s poison, but the damage that is done can never be 100% repaired. And, I have NEVER met a fully vaccinated child that is healthier and more robust than a well nourished, unvaccinated child. Period.

By the time your child is older, more research will have been done, you will have an opportunity to learn more and become more comfortable with your decision to wait. Who knows? Your attitude of wait and see may turn out to be permanent.