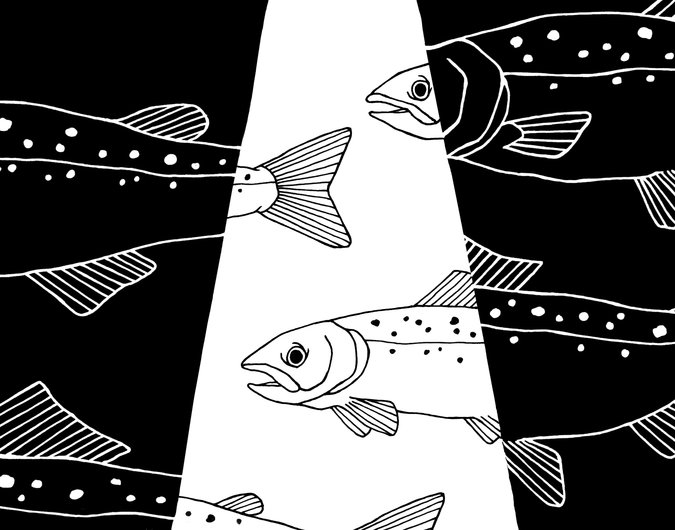 This is the real deal. We are at the doorstep of another bold attempt to minimize our right to know as consumers what’s in the food we consume.

Here’s a great New York Times piece on the issue, I think it’s absolutely worth the quick read.

THIS month, Congress may decide whether consumers are smart enough to be trusted with their own food choices. Some lawmakers are trying to insert language into must-pass spending legislation that would block states from giving consumers the right to know whether their food contains genetically modified ingredients.

They must be stopped.

Nine out of 10 Americans want G.M.O. disclosure on food packages, according to a 2013 New York Times poll, just like consumers in 64 other nations. But powerful members of the agriculture and appropriations committees, along with their allies in agribusiness corporations like Monsanto, want to keep consumers in the dark. That’s why opponents of this effort have called it the DARK Act — or the Deny Americans the Right to Know Act.

As a chef, I’m proud of the food I serve. The idea that I would try to hide what’s in my food from my customers offends everything I believe in. It’s also really bad for business.

Why, then, have companies like Kellogg and groups like the Grocery Manufacturers Association spent millions in recent years to lobby against transparency? They say, in effect: “Trust us, folks. We looked into it. G.M.O. ingredients are safe.” But what they’re missing is that consumers want to make their own judgments. Consumers are saying: “Trust me. Let me do my own homework and make my own choices.”

In fact, some of us have done our homework, and here’s what we found: The use of G.M.O.s has led to unintended consequences. For instance, most G.M.O. crops are engineered to withstand blasts of a powerful weed killer that the World Health Organization has decided probably causes cancer. New “superweeds” are appearing that require even more lethal formulations. Since the introduction of G.M.O. crops, use of these chemicals has increased 16-fold.

G.M.O. advocates like to label anyone who objects “anti-science.” It’s true that genetic technology has had an amazing impact on the development of medicine and the eradication of infectious diseases. If G.M.O. foods were actually providing a clear benefit to the public, like improved nutrition, lower costs or better taste, without creating a spiral of ever-increasing toxicity in our environment, I’d be all for them. And if G.M.O.s ever deliver on their promise to improve food security, which they have yet to do in the more than 20 years since they were introduced, I’d be over the moon.

Vermont recently passed a law requiring the labeling of these foods. Other states are considering doing the same. That’s the impetus behind this backdoor effort: Opponents want Congress to pre-empt Vermont and other like-minded states from implementing these rules.

The federal government already requires labeling of ingredients and basic nutritional information and regulates against marketing that misleads the public. In this context, labeling G.M.O.s makes sense.

But that’s not what is happening. Consider the situation of genetically engineered salmon.

Last month the Food and Drug Administration approved for sale to the public the first genetically engineered animal approved for human consumption — a fish they are calling the AquAdvantage salmon.

This “super” salmon was conceived by combining genes from Chinook salmon that produce extra growth hormone with an “antifreeze” gene from a bottom-feeder, the non-Kosher ocean pout. The result is a fish that grows far faster and larger than non-engineered salmon.

The F.D.A. insists the transgenic fish is safe for humans, but many experts believe they have yet to prove AquAdvantage will be safe for the environment or other fish. Factory fish farms depend on the use ofantibiotics and pesticides to control disease and parasites that flourish in high-density environments. The waste they release can decimate other marine life and contaminate the water supply. Farmed fish often escapeinto larger waters, endangering native species. While these new salmon will be sterile, mistakes can happen.

Fine, you say. Enough already. If you don’t like the Frankenfish, don’t buy it.

But there’s the rub. This new engineered fish could be marketed as … Atlantic salmon. There might be no way for consumers to identify it as genetically engineered.

Consumers have a right to seek out food produced in accordance with their values, and not be misled by an industry’s strenuous efforts to keep them in the dark. When G.M.O. ingredients are clearly labeled, consumers can exercise those rights.

Blocking the labeling of G.M.O. foods would be a step in the wrong direction, away from greater accountability and responsibility. Congress should reject these efforts to block our right to know.