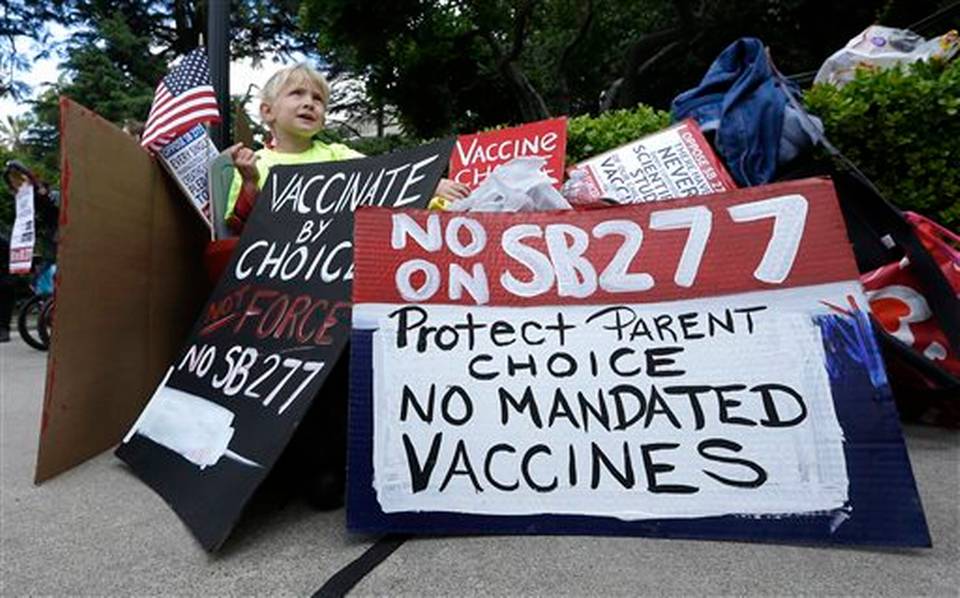 Senate Bill 277 proposes to do just that. In talks now, the bill would require all public school students to be vaccinated, giving exemptions only for medical purposes.  Which means if you make the choice for your family not to vaccinate, you could be forced into removing your children from school.  Your child’s chance to get their constitutionally guaranteed education could be taken away. This is no longer just a vaccine issue, this is an issue of government taking choices away from parents. And the government deciding what is right for your children. If the legislation passes, it will likely cause a ripple effect, spreading to other states. Soon, it could become a country-wide issue.

The politicians behind the bill argue that the “Disneyland Outbreak” which resulted in 130 people contracting measles, signals a change in the herd immunity and that their right to “protect” public safety trumps your child’s constitutional right to an education. Even though only 14% of individuals who contracted the disease were unvaccinated, the media seems to be blaming the entire outbreak on the unvaccinated, and using it as political fodder to scare politicians into taking striping your constitutional rights. Does the government have the right to strip you of your constitutional right to education over an issue of choice?

This has become more than an vaccination issue. This has become a parent’s rights issue. Where do we draw the line? When do we take a stand and say, our liberties matter? Our freedom of choice matters? If we allow the government to impose this restriction, where does it end?