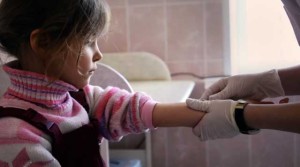 We’re asking you to join us in doing 2 things:
1) Sign your name to demand clear, simple labeling of vaccines that is widely available to parents
2) Share it with everyone you know, and ask them to do the same

The government wants to force these vaccines on our children and not require full disclosure of what we are putting in their bodies. With aluminum, fetal cells from aborted babies and a plethora of other ingredients, it’s time to demand the simple truth.

0 have already signed! We need 100000 more signatures before we can deliver it to the CDC and the White House.

Please sign now. Don’t we have a right to know and to protect our children?.

You’ve probably seen the news by now that Gov. Jerry Brown signed a law forcing children to be
vaccinated and stripping parents of their right to decline based on religious or medical freedom.

The campaign in California was filled with misinformation, half-truths, and flat-out lies.

Still, you and I know it won’t be long before the same campaigns are sweeping the nation and going into effect state-by-state. Taking away a parent’s right to decide what’s best for our children and chipping away at our religious (and other) freedoms one statehouse at a time.

Regardless on where you stand on mandatory vaccinations, there is one thing we can all agree on:

We have a right to know what is being injected in us and our kids!

Think about it: you wouldn’t let your children eat or drink something if you had no idea at all what was in it. Yet they expect us to blindly let them inject these powerful drugs – powerful enough that they last a lifetime! – into their bloodstreams without telling us anything about the ingredients.

And let me tell you, the ingredients are shocking! Whether you’re Christian, Jewish, Muslim or practice any other religion…it is an abomination.

For example, many mandatory vaccines contain DNA from pigs or, worse, from cells from aborted human fetuses.

And even if you have no religious or moral objections (although I really can’t imagine that), what if you have known allergies or immune issues that make certain ingredients dangerous?

Wouldn’t you need to see what you’re about to be injected with?

Even if you read the label, they use code names so you’ll never know what’s really inside.

And let’s be honest, when do we ever get to see a vaccine label anyway? Just imagine the response if you asked your doctor to let you review the labels before he sticks your little one with a series of shots…

That’s why we are demanding the CDC to require clear and accurate labeling of vaccine ingredients
– and to make them available online so we can review them before we are facing the doctor.

It is virtually impossible to identify what is in vaccines and their possible side effects. And we’ve seen over the last few decades how very dangerous that is. As Americans, we have a God-given right to labels that clearly identify the ingredients so you can know exactly what is in them and what is being put in your child’s body.

If the action in California has shown us anything, it is that we need to act fast – before our right to decline individual vaccinations are stripped away completely.

But it isn’t too late. Most states still allow exemptions for religious beliefs and all allow medical exemptions. That’s why knowing what is in these concoctions is so important.